Creating a great collage means confronting chaos, not on the grand scale of Batman facing down the Joker, perhaps, but within the microcosm of the artwork, the struggle can still be epic. One of the features of great collage, after all, is layering, and since every new layer brings different patterns, nuances, and feelings to the piece, the layering process can bring visual chaos right to the front door, where at some point, it may even huff and puff like the Big Bad Wolf, sending the artist into a panic. The good news is that it’s simple enough to keep the chaos at bay by repeating colors across the layers. To illustrate the point, I will provide an anatomy of this ATC, which I photographed at multiple points during the composition: 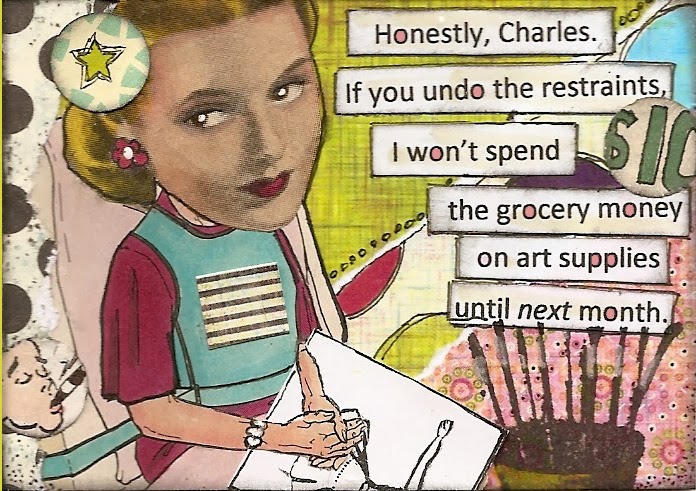 When I am thinking about the best and most effective approach to starting a collage, I always advise selecting background papers before coloring the focal point.  In reality, however, I love coloring almost as much as I love carrot cake, so I routinely begin with my markers. After coloring this poor restrained woman, I chose a background paper that picked up the “Frost Blue” and the “Red Magenta” of my Copic markers, then added the accent paper to start repeating some of my colors right away. 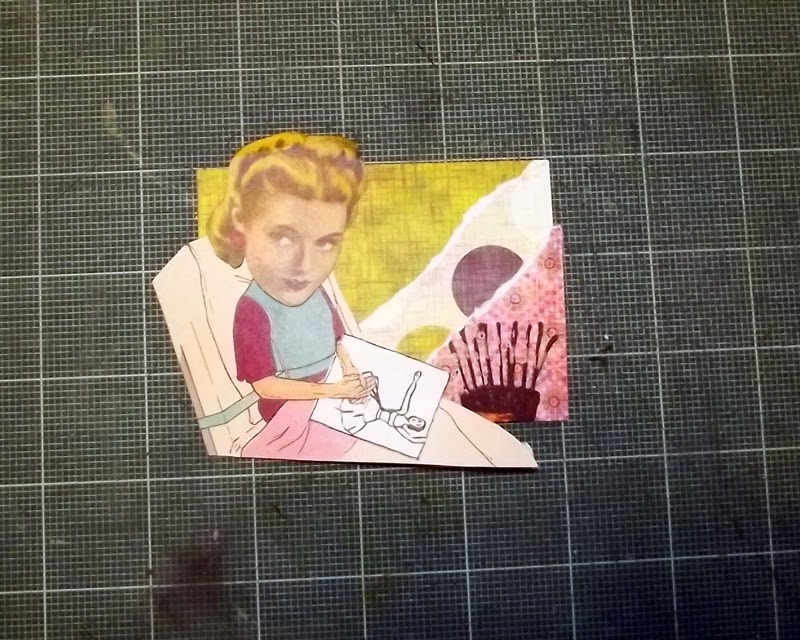 Another thing that I love is to tell stories in my work, so I wanted to decide early in the process why this woman had been restrained. Answer? She spent too much money on art supplies. To create the visual impression of her as an artist, I put a piece of sketch paper on her lap and collaged a small ballerina onto it, then stamped a bucket full of paint brushes onto a piece of scrapbooking paper that repeated not only my pink color but also my Red Magenta. So far, so good.

After arranging these elements and bringing in the text, I looked at my colors again. Although the pink had been  adequately managed, the blue seemed awfully lonely, so I used my Frost Blue Copic to color in the white circle in the upper right corner of the card and gave the poor woman a blue flower in her hair. 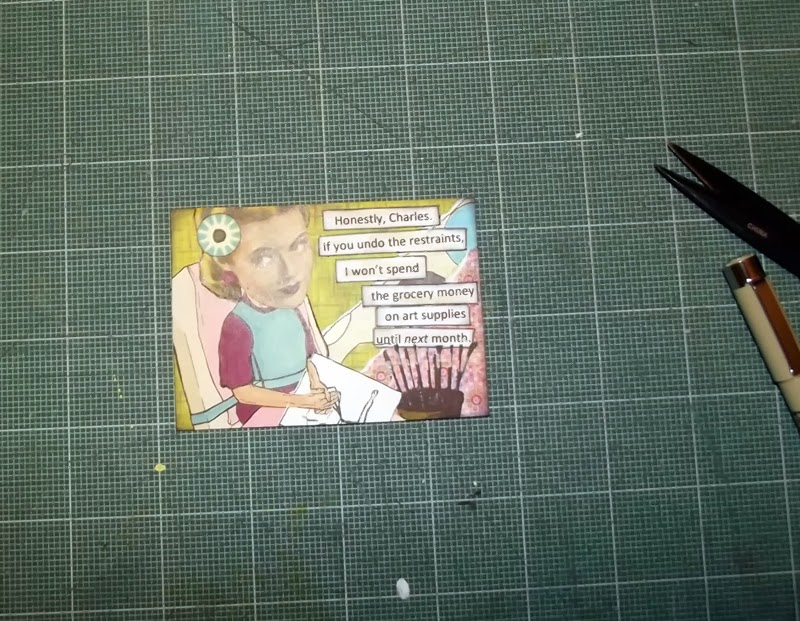 Of course, no sooner had the flower dried than I immediately decided I disliked it, in part because it introduced that smoky gray color in the middle that didn’t appear elsewhere in the card. There is nothing wrong with having a color in the composition that doesn’t repeat; in fact, I strive to have one in every piece. In this case, however, I already had that color idea in the form of purple, and I didn’t feel like this piece could necessarily tolerate another.

To resolve that dilemma, I replaced the flower with an element that repeated the blue and the green, without the addition of the troublesome gray. After adding the black and white polka dotted paper on the left side, I introduced two more circles, one to stand for the husband, Charles, and the other to stand for the money at stake. As a final touch, I added the black and white box to the woman’s restraint vest, not only because it repeated the black and white of the text and the polka dotted paper, but also because it picked up the rectangular shapes elsewhere on the card.

Though simple and lighthearted, this piece illustrates the back and forth of collage, where each new part  affects the whole, which may then need altering to accommodate the part. By repeating colors at every step of the composition, artists can maintain both control and coherence. As Batman once said, “We impose meaning on the chaos of our lives. We create form [and] . . . order. It’s a choice we have to make every second of every minute of every day.” 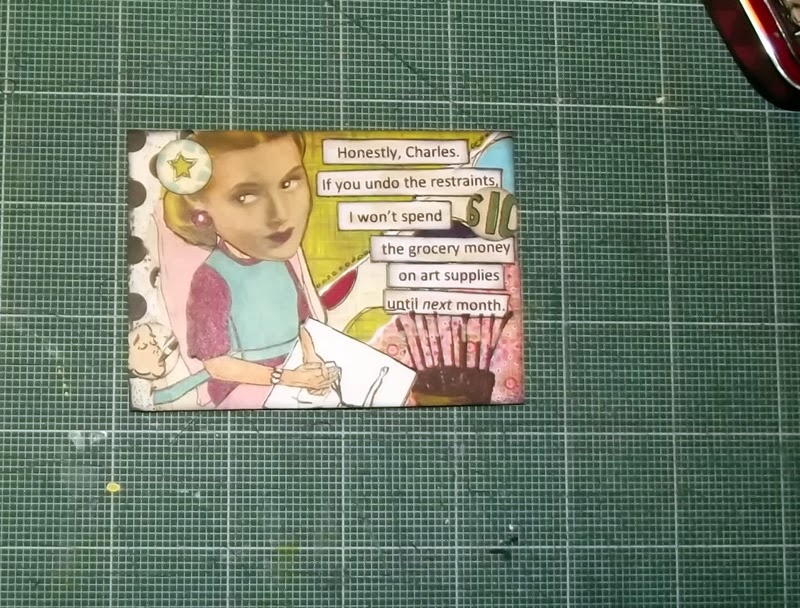